SEASONAL ALLERGIES AND THE EYES

Seasonal allergy is a medical condition, just like the other forms of allergies, which occurs when the immune system of the body reacts to an external material in the environment during seasonal periods like summer, fall or spring when plants and trees pollinate. Seasonal allergies are terrible as it has a tremendous effect on millions of individuals yearly with terrible effect on our eyesight, making them itchy, watery and red. This is regarded as seasonal eye allergies

In medical terms, it is regarded as allergic conjunctivitis. There are a lot of allergens that can make our eyes go sour, itchy and very red some of which include dust, pollen, smoke, etc. However, these allergens vary from one person to another i.e. while dust can cause itchy eyes for me, it might not be the same for you as it all depends on our immune system and the way it reacts against such substances. It creates a gritty sensation around the eye region, accompanied by a burning feeling and discomfort in the eyes.

Allergens are regarded as a dangerous substance by the eye and as such, a chemical response is elicited in the eye to fight against such substance which is what leads to the itchiness, redness and soreness. All of these effects are therefore as a result of a change in seasons, mostly when its spring as this is the time plants and tree pollinate while during the fall, we have the ragweed pollinating.

Seasonal Allergies Effect on the Eyes

As mentioned earlier, allergens affect people differently, there are however general ways through which everyone reacts to these allergens. You would know an individual is suffering from allergies through the following symptoms

Since the eyes perceive substances like dust, smoke, pollens as harmful to the normal conditioning of the eyes, there is an automatic release of water for the cleaning of the eyes. This is more of a defence mechanism against these foreign items.

After the entry of these foreign items, it is very natural to feel itchy and want to scratch the affected eyes. During the cause of scratching, the skin covering the eyes would become swollen due to continuous friction.

Dry eyes occur most times during winter seasons and not because of allergens like dust or pollen. Whenever there is extreme cold or when it is snowing, the eyes tend to become dry which further leads to soreness and redness

Allergens are carried by air and could end up being stuck in your eyes any time. If you react to these allergens, this means that you would feel irritated from inside your eyes and would demand that you scratch it.

Redness of the eyes is usually accompanied by other symptoms. For instance, itching your eyes would make your eyes swollen and very red. There are capillaries inside the eyes and whenever one is faced with an allergy, the capillaries become very visible and red.

It can be very difficult to prevent allergens considering the fact that they are carried around by air. However, there are some things that can be done by you to reduce your chances of being exposed to allergens. One of the first precautions is to remain indoors whenever the day is going to be windy. This is important as on windy days like this, more allergens are carried around and at a faster pace. You really might not have a chance against them. If it is necessary you go out, ensure you wear a pair of sunglasses, preferably one that covers the eyes well.

More so, when working in the yard, it is safer you wear pollen masks. Avoid anything that could blow the pollens into your eyes. You could also use a pair of glasses too

Whenever you have an allergy, you should better take in a lot of water so as to avoid dehydration. Also, if you have your eye drops (as recommended by your doctor) you can apply it to reduce the irritation and if you use contact lenses, you might just have to switch to a pair of glasses as contacts make the eyes easily penetrable. Avoid itching your eyes as much as possible so as to avoid complications. 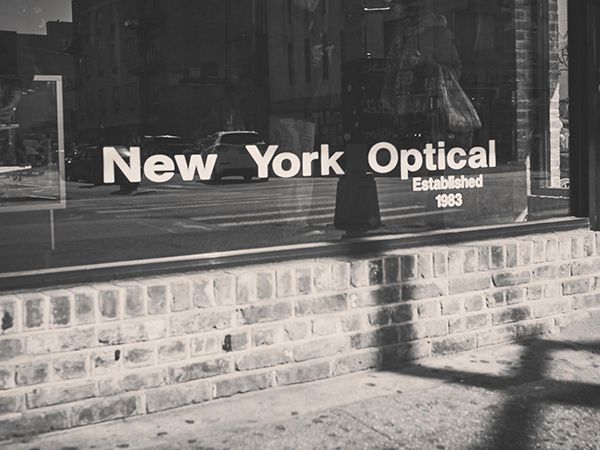 At New York Optical , we provide the highest quality eye care to all our patients. Schedule your appointment today.